I have always had this overwhelming interest to work and live overseas. It may have developed from the time I visited Spain and Portugal for a few weeks when I was 15 or maybe it was from the potential opportunity I considered in Australia during my 8th grade year. Whatever it was, I knew that deep down in my soul, and I had to make it happen. There was too much of the world to be explored. During the summer after my first full year of teaching in 2011, I decided to apply to this program at the time called Educators Abroad, which was affiliated with the Study abroad program at National-Louis University. Since it was a volunteer opportunity, there wasn’t much of an application process, with the exception of taking a background check, providing general information and submitting a compulsory program fee. Once I confirmed everything, I had to make the grueling decision to leave my son behind for two weeks. Thankfully, my family was very supportive of my endeavor and offered to watch my son, who was two at the time, while I go explore the world of Costa Rica. Praise God for provision when living out your dreams. Believe me single mothers, I’m a living example that all things are possible! So there I was, stepping out on faith, taking the challenge by traveling to Costa Rica, alone and unaware of what I was getting into. Although it was only 2 weeks, I made the absolute most out of it. I enjoyed the food, culture, language, weather, landscape and the people. I lived with a host family and volunteered at a local private school. I took public transportation everywhere and had to use my Spanish to the exponential power the entire time. I didn’t realize how much practice I needed with Spanish! 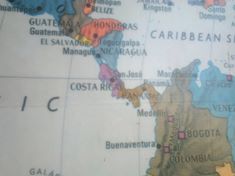 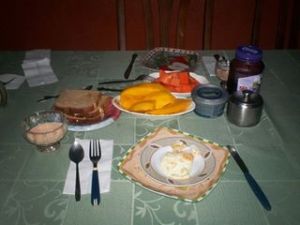 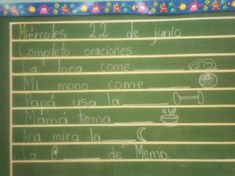 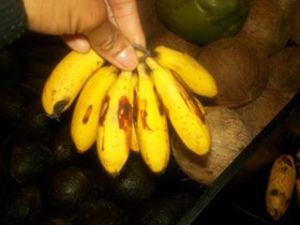 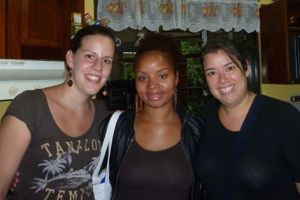 Overall, I felt like Costa Rica was a place I would definitely consider living in the future…if only a paid position became available. So after I left, it was time for me to get more teaching experience in the states and consider an overseas opportunity again in a few years since most international positions at the time required at least 3 years experience. Well, I stayed true to my word and decided to start looking for paid positions in Costa Rica in the beginning of 2013, exactly 3 years after I began my teaching career. I woke up one day with determination on my mind and decided to just go for it. It was best for me at the time to go through a teacher recruitment company called Teach Away (www.teachaway.com) since I was unfamiliar with the intricacies of applying for international teaching positions. I was so glad that I went through a placement agency because the overall application process was enough to make you want to say…just forget it! The best part of all…it was a FREE service! The initial application process with Teach Away was seamless. The customer service I received was superb.  Within a week, I received a notification from one of the recruiters, asking me if I would be interested in a phone interview. Of course, I agreed and scheduled time the following week. Basically, the initial interview involves the recruiter screening you about specific scenarios and character traits. They basically wanted to see if I was worth the investment. I received an immediate confirmation that I would be considered for an in person interview. I was elated!  The opportunity to move to Costa Rica or at least somewhere in the proximity was almost surreal! Wait! She had one more thing to tell me. She recognized that my desired location listed on my application was for Central and South America, Asia and Africa. She informed me that they were primarily promoting for the Abu Dhabi region. Crickets! After I picked my jaw up from the ground, I processed everything. MY first thought was if she was serious? The Middle East? NOOOO she must be kidding me! Once she explained the favorable package offer and the other opportunities associated, I softened my heart a bit to the idea but I still felt I needed a few days to digest this new information. This meant relocating literally across the pond to a place that I had convinced myself to believe was so unsafe based on all the media images and my own personal stereotypical believes. Don’t believe everything you hear. You must see it to believe it! Well here I am, in the UAE, 2 years after the initial interview. I had to let my fears fly, ignore my apprehensions and trust timing, placement and purpose. Everything happens for a reason. Costa Rica may come again eventually but for now, I can say that I have lived in the Middle East! 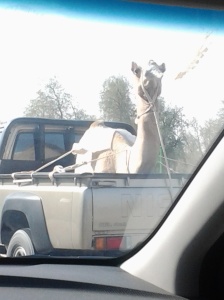 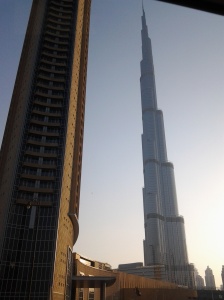 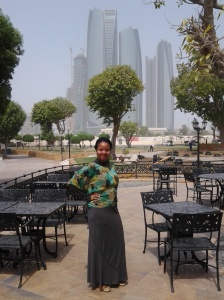 So that’s my story in a quick heartbeat. I trusted God, stepped out on faith, responded to my interest, opened my eyes, inquired about my options, researched my possibilities, followed my heart and am now living my dreams! 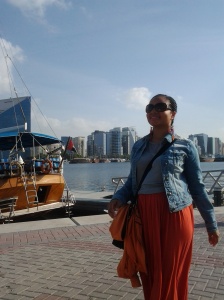 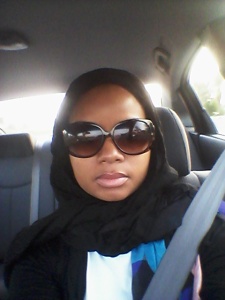 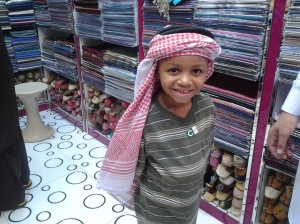 I encourage anyone who is interested in moving abroad to just go, especially women of color. As cliché’ as it may be…life is short and it’s not meant to be lived in one place. There is a beautiful world out there, despite what the media exposes. Since I have moved, my world has completely turned around. I have discovered things about myself and am in a better place mentally, emotionally and definitely spiritually. Living here has definitely been a real culture shock and a growth experience to say the very least. I will blog more about the specifics of my overall living experience in the UAE very soon because I feel like there are so many inquisitive souls who need a boost of inspiration to stay focused on their goals and dreams! Until next time, follow your heart, live your life and dream big! Be blessed!!!